Birthdays are a tough subject when it comes to what we’ll be eating for dessert. I mean, we can’t just buy a cake from the Bi-Lo Bakery and call it a day. I wouldn’t even buy a cake from a health food store because they don’t know our personal dietary restrictions and therefore we wouldn’t be able to trust that they’d steer clear of using things that you wouldn’t find in a real food kitchen. So, we figured since it was a birthday, we’d make cupcakes.

By the way, they were the best cupcakes I had ever eaten in my entire life. We’re talking legitimately  awesome cupcakes that no bakery could beat. Ever. End of story. 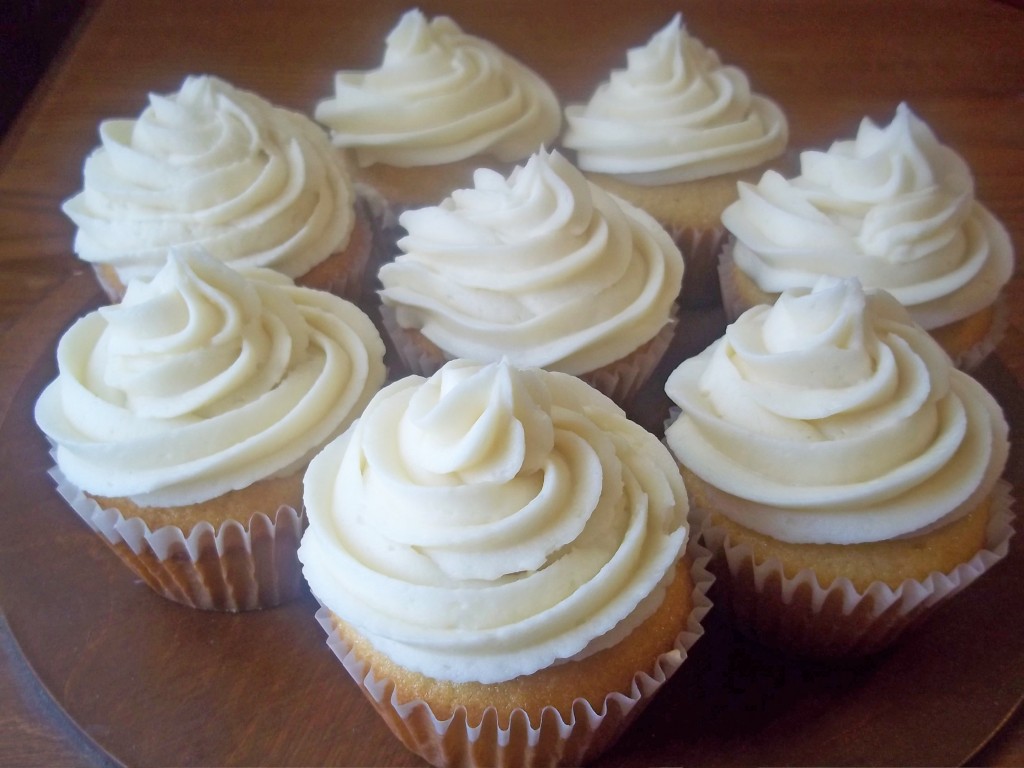 Making healthy vanilla cupcakes from scratch is something that anyone and everyone should do. I can’t stand to walk down the grocery aisle’s and watch people buy several boxes of cake mix. Not when it’s as easy as it is to make them yourself.

It’s a little hard to make a classic dessert healthy without scaring people off with phrases like “gluten-free” and “it’s even vegan!”. So after a little bit of perusing around the world-wide-web and narrowing down my choices, I decided to try Allie from Baking A Moment‘s Simply Perfect Vanilla Cupcakes. I found the recipe to be surprisingly easy to follow and the cupcakes light and fluffy, but also not too delicate. The vanilla flavor was just right and all of the cupcakes turned out beautifully. 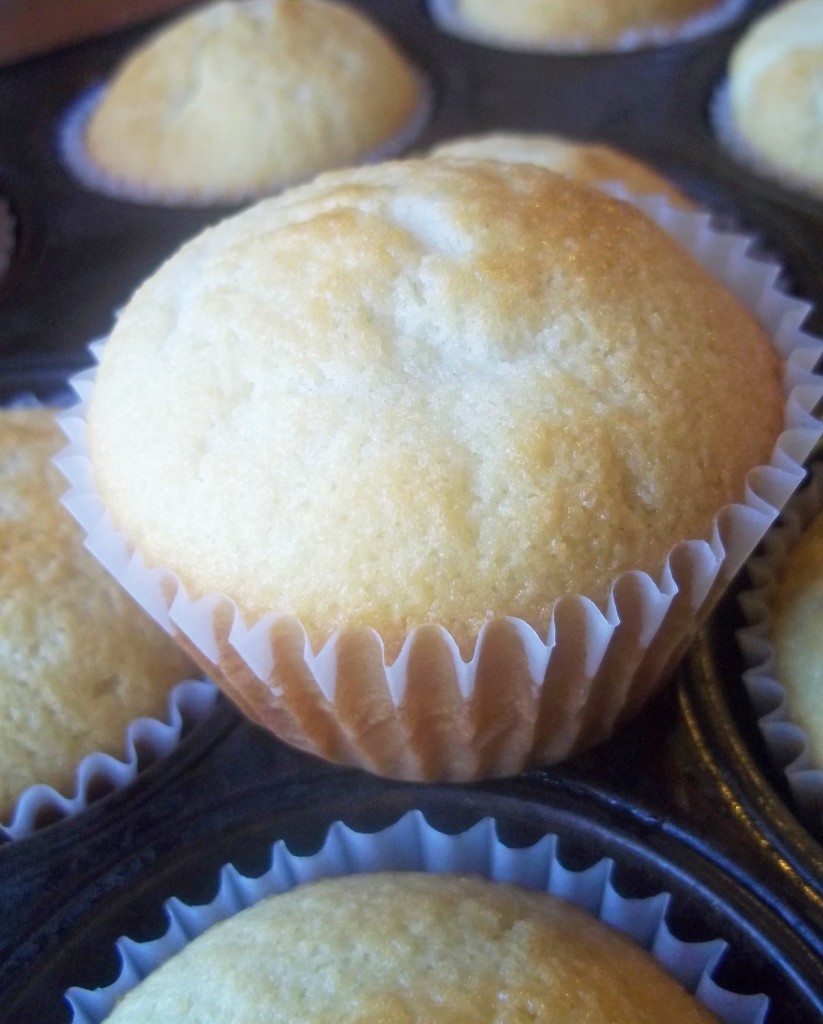 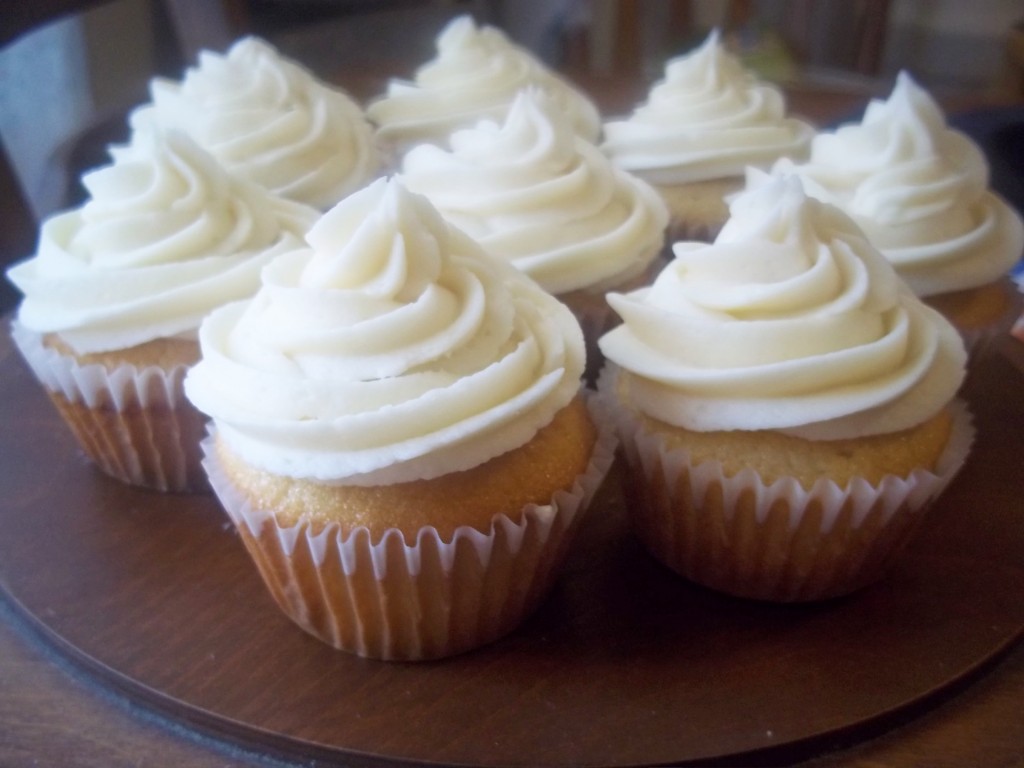 The smell in my kitchen was KILLING me while I waited for them to be done baking. You can probably imagine my excitement as they were pulled carefully from the oven. Oh, how the beauties sat, cooling on the counter, waiting, just waiting to be frosted. 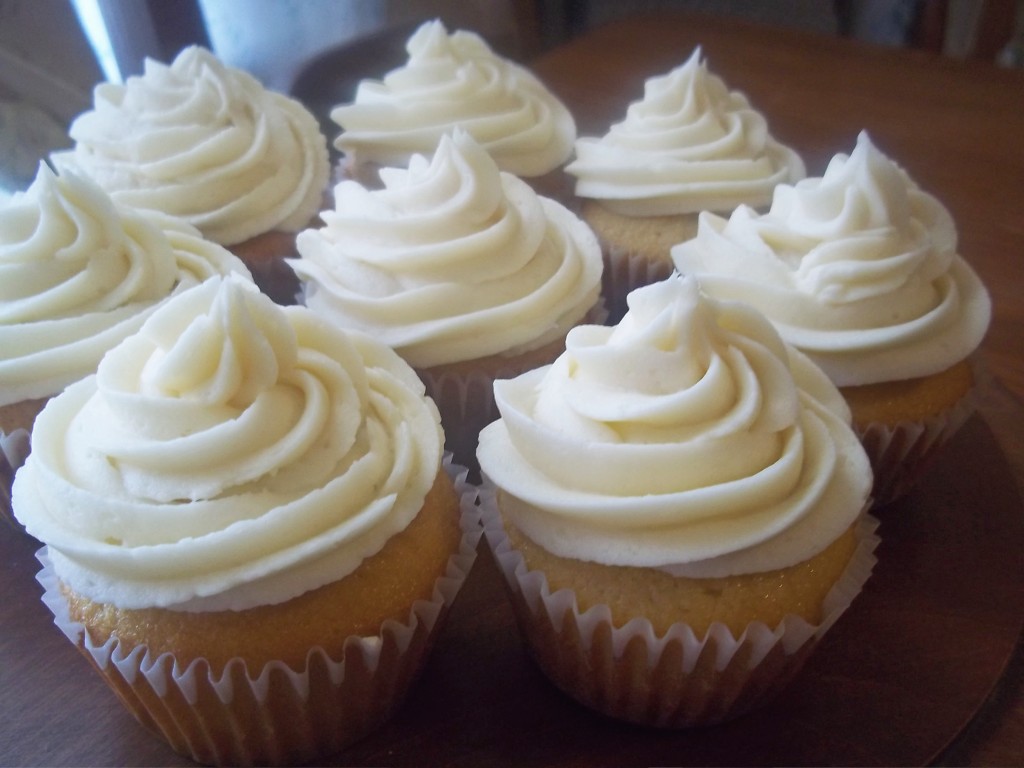 I had a little predicament when the time came to frost the cupcakes, though. I found a Wilton piping bag (the last one, of course) but a piping tip was no where to be found. I bought, like, two four packs of piping tips about a year ago when I attempted to pipe one a First Holy Communion cake (key word being attempted). But, surely enough, the only I could find was squashed and WAY too small to pipe large swirls onto a cupcake. Talk about not fun. Eventually, I found a large star tip in the drawer where I keep silpats and oven mitts. Of course it was in that drawer, why wouldn’t it be? 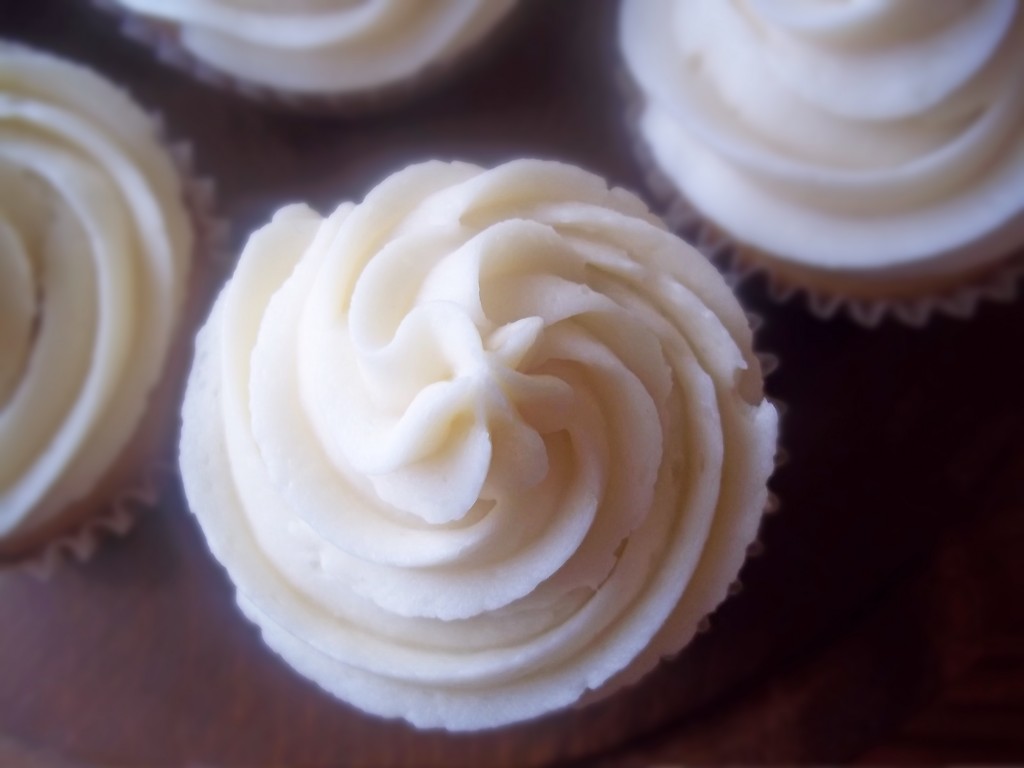 I think I did a pretty good job for my first time making cupcakes from scratch.

A note about the cake flour: I rarely buy cake flour, so for this recipe I used a technique I found from Joy the Baker’s website on how you can make your own cake flour. For this particular recipe, I used 1 1/2 cups of unbleached all-purpose flour. I put the only the flour to be made into cake flour into the bowl. I then took out 3 tablespoons of it (which I returned back to my flour container) and replace it with 3 tablespoons of arrowroot flour (you can use organic corn starch, too). Then I sifted it four times and continued with the recipe.

A note about the buttercream frosting: The recipe DOES call for powdered sugar. I simply make my own by blending unbleached pure cane sugar with arrowroot flour. For the method, my go to recipe is on Whole New Mom. It takes only 1 minute to make your own powdered sugar!