These fluffy whole wheat pumpkin pancakes are light and full of delicious autumn spices. Packed with some seriously healthy ingredients, these pancakes are THE BEST! 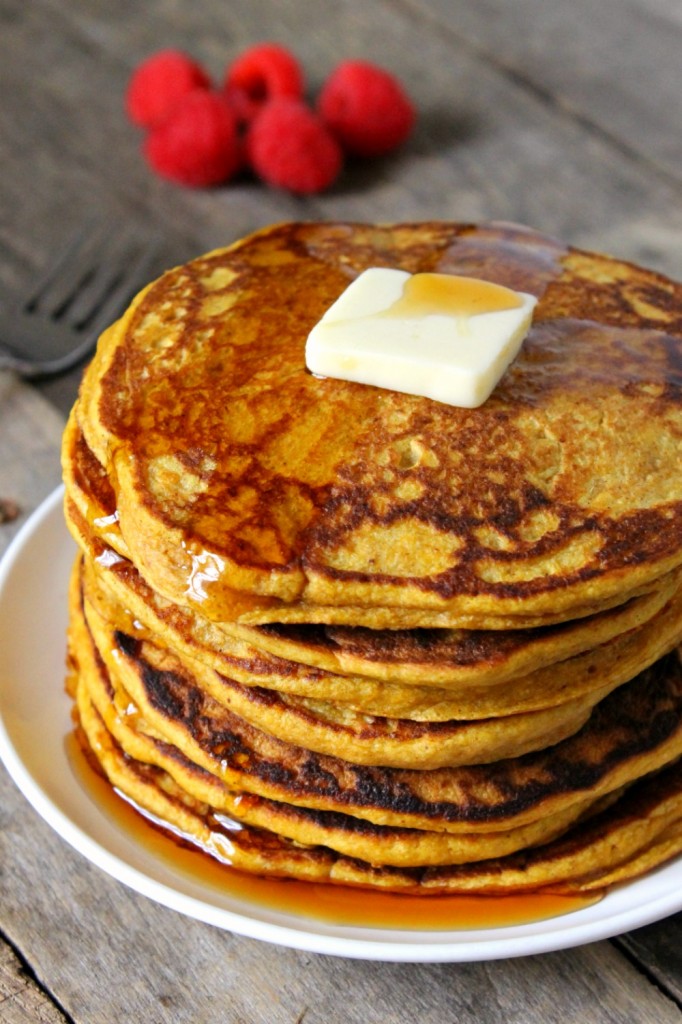 So I have this thing about pancakes.

When I was younger, most Saturdays we would make enough pancakes to feed like 25 people. When in reality, only 6 or 7 people were going to be eating them. Uh-huh.

So we ate, and we ate, (and we ate), until all the pancakes were gone. All 56 of ‘em. So now, eight years later, I cannot stand to eat more than three pancakes. And not just any pancakes. They’ve gotta be light, fluffy, and made with real ingredients. No more of that boxed mix where you only have to add water. 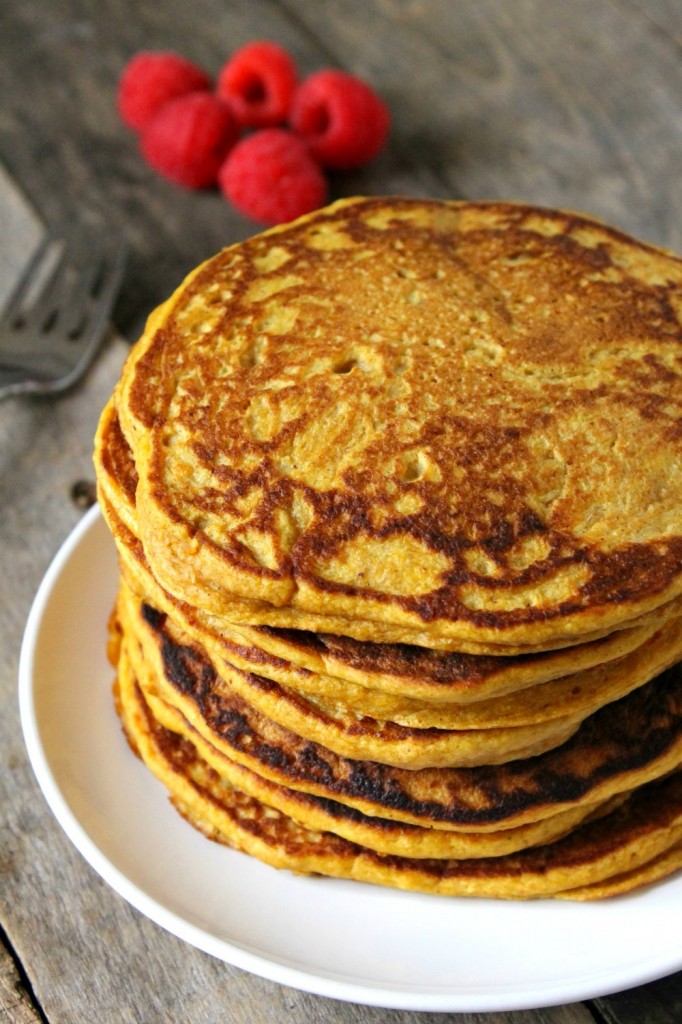 I really like pumpkin in my pancakes. So much so that I bought like 8 cans of pumpkin puree from Whole Foods last week for the sole purpose of making pumpkin pancakes.

I bought another 10 cans for all kinds of other fall baking. Because this girl ♥’s pumpkin.

You guys—these pancakes are the bomb. And a drizzle of good ‘ol maple syrup makes it all the better. Oh, and you can’t forget the butter! If there weren’t tree nuts allergies in my house, I would top these babies with a little bit of chopped pecans or pistachios. Mmmm. 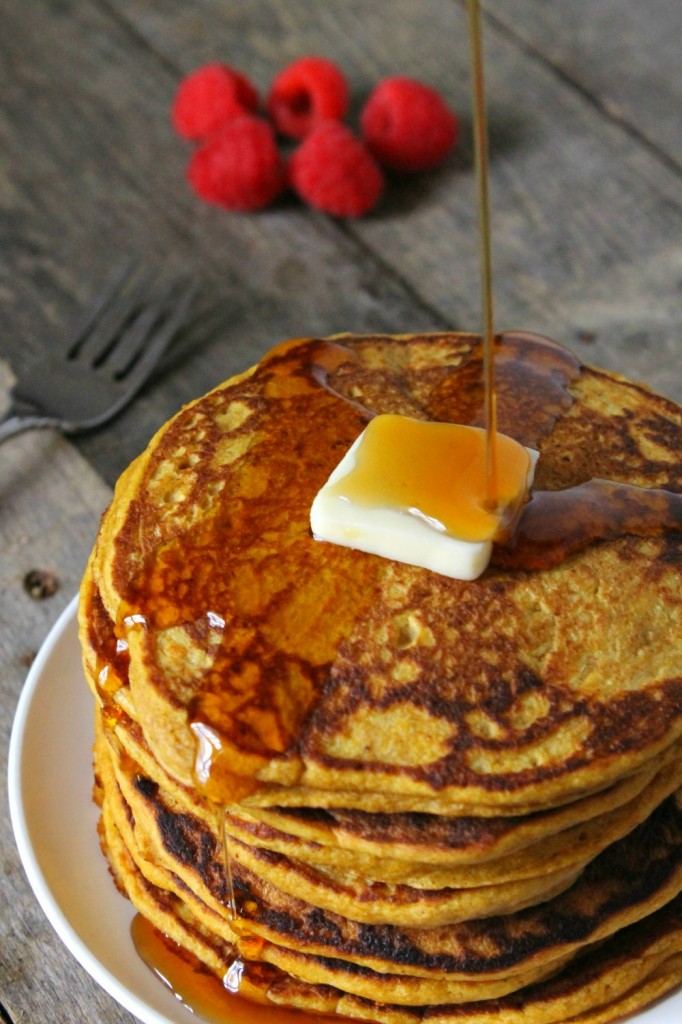 The buttermilk in this recipe makes the pancakes oh-so tender and moist. You can’t go wrong with buttermilk. (If you don’t have any buttermilk at home, you can simply sub in sour milk. The ratio is one cup milk to 1 tablespoon vinegar or lemon juice.)

Now, in case you’re not convinced that these whole wheat pumpkin pancakes are so worth making, maybe this will change your mind.

Is your mouth watering yet, because I know mine is. 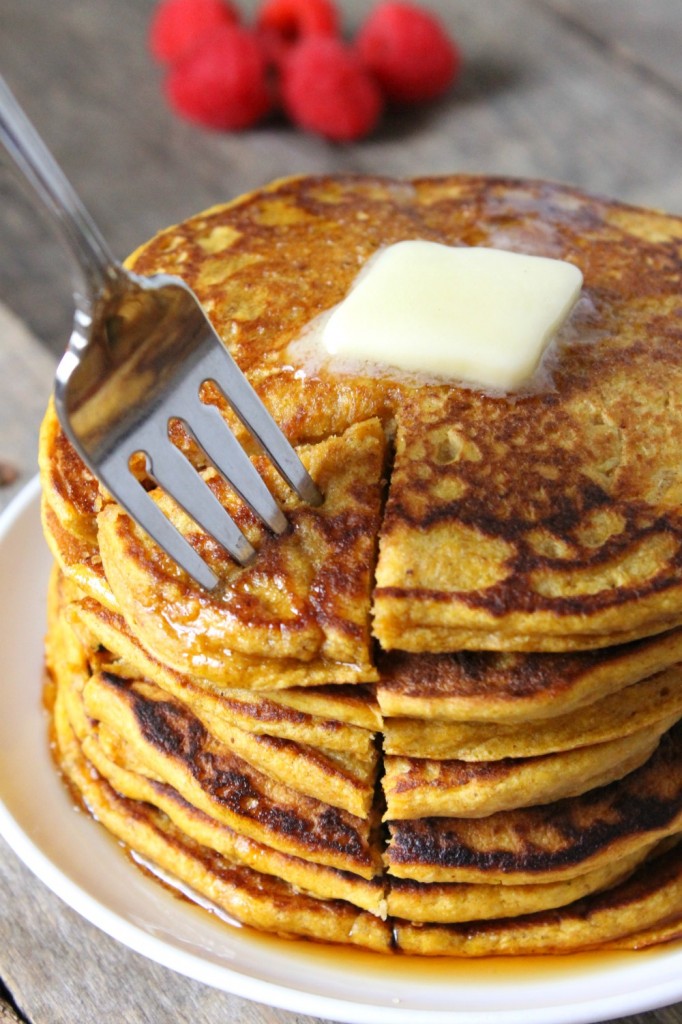 This recipe calls for maple syrup as the sweetener because the flavor pairs well with pumpkin, but you could always use honey or any other sweetener you’ve got lying around.

You guys are seriously going to love these easy, fluffy, moist, tender healthy whole wheat pumpkin pancakes. After a long line of pumpkin pancakes that were hit and miss, these were definitely the BEST! 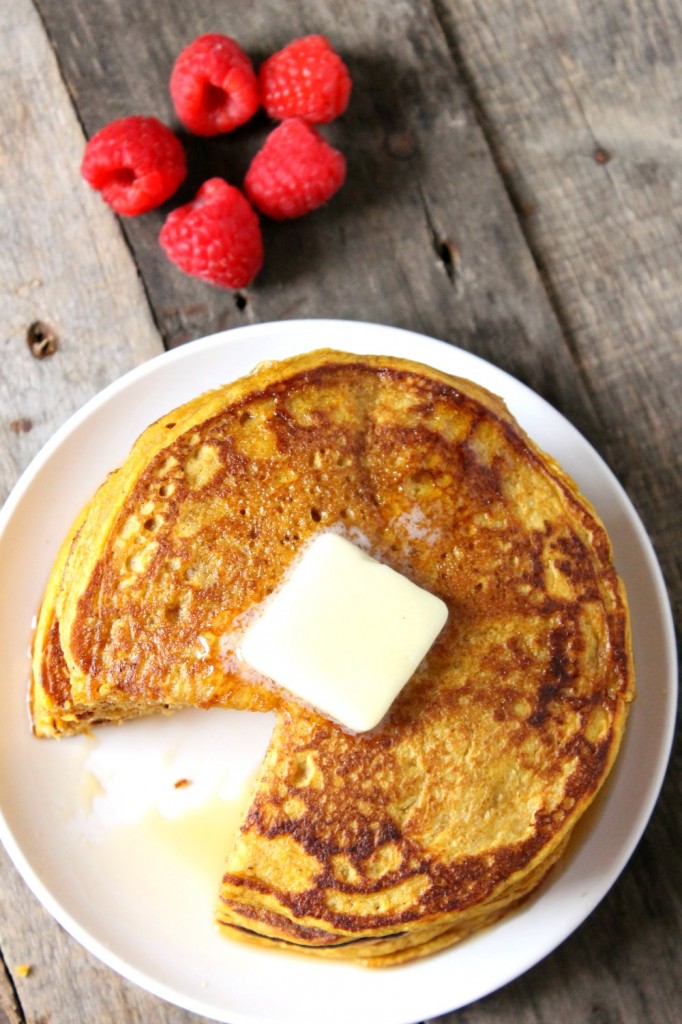