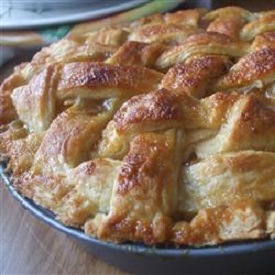 Seeing the pie crust in the grocery store makes me want to gag. It looks really fake, gross, and I would never let anyone I know attempt to stomach it. It’s just that bad. Oh my gosh, the graham cracker crust gives me so many chills on my arm just thinking about it. Thinking about even eating is just repulsive. But I’ll tell you that this is the pie crust for you. It’s also the best recipe for whole wheat pie crust that I have found and tried. I can guarantee you’ll love it. I’ve probably used this recipe about 15 times in the past year for an assortment of things from shortcut pop-tarts to delicious lemon meringue pies.

I used to use Pioneer Woman’s pie crust recipe, but the use of shortening in pie crust has come to an end and I’ve found that butter and coconut oil work just the same if not better.

Since it’s fall now, I can’t wait to make the most marvelous pumpkin, apple, and sweet potato pies. Ooh, I can taste the cinnamon already. I’ll probably post recipes on those later though.

Unless you want to make a vegan pie crust, a whole wheat pie crust comes pretty close to being the most healthy way to make pie crust. You’ll love this recipe because you’ll find it’s super easy to make, super cheap to make, and the best pie crust you’ve ever put in contact with your taste buds. Not to mention you can easily make it vegan by using coconut oil instead of butter as suggested in the recipe below. Let me know what kind of pie you make with it.